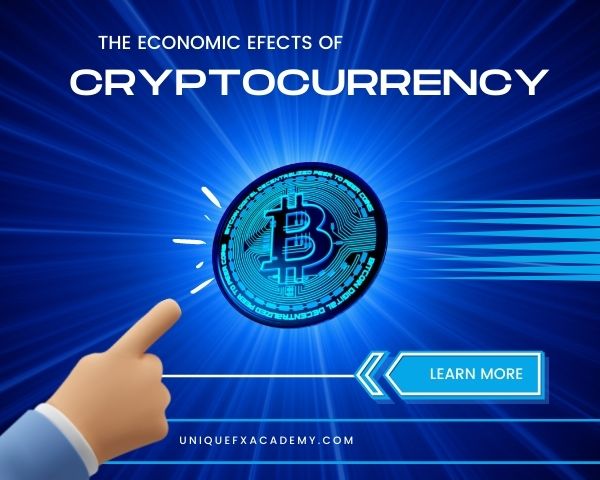 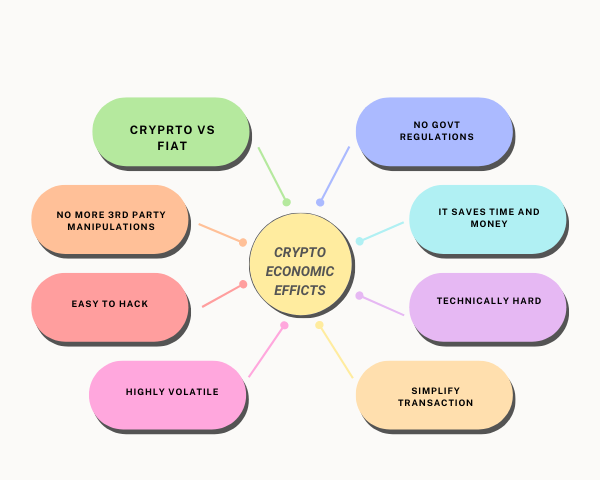 Because cryptocurrency and fiat currency are currencies,  some basic properties are the same. The fundamental similarity is that both currencies are used to exchange value, which means people can use both currencies to buy or sell anything.

What is Fiat Currency?

Fiat is a government-issued currency used as legal tender in financial transactions. Because cryptocurrency is decentralized, no governing body regulates its value. Furthermore, it is not a legal practice in all countries.

Fiat money, in theory, has no supply limits because more can be printed at any time. Most cryptocurrencies generate a limited number of coins that can ever exist. Whereas digital currency cannot be represented by physical notes and coins, fiat currency can. Digital currency must be stored in digital wallets, also known as cryptocurrency wallets. Because fiat can be represented physically or digitally, it can also be stored in various ways.

Are you interested in learning how to day trade for a living?

Cryptocurrencies were digital paperless money invented in 2009; since then, there has been no regulation or government. Many people have taken advantage of the decentralized currency and used it for investing. Gradually, cryptocurrencies started becoming as powerful as fiat currencies, which means you can buy anything you want with them.

How cryptocurrency affects the economy

What is the impact of cryptocurrency on the industry?

Cryptocurrency has the potential to revolutionize how economies function. Its most notable impacts are on the industry, the world, and the source. Cryptocurrency can reduce the cost of transactions by eliminating the need for a third party to mediate the exchange. It can also speed up transactions by reducing or eliminating the need for a middleman. Cryptocurrency’s most groundbreaking impact may be its ability to provide a global economy where all users can exchange currency regardless of their citizenship. This would remove The barriers in traditional economies where citizens are restricted from exchanging currency with those from other countries. Cryptocurrency is thus a global economy in which all users exchange currency without the hassle of exchange rates and international law.

What is the impact of cryptocurrency on the source of the currency?

Cryptocurrency is a digital or virtual currency that uses cryptography to secure transactions and control the creation of new units. Cryptocurrency is decentralized, meaning that it is not subject to government or financial institutions’ control. This makes it an attractive option for citizens living in countries with unstable currencies. Additionally, cryptocurrency allows citizens of more well-off countries to trade with each other without having to go through traditional banking channels, which can often be slow and expensive. This creates a level of economic equality among nations.

How cryptocurrency affects economy through the way we use money

Cryptocurrency has begun to change the way we use money. It does this by reducing the amount of paperwork and fraud that is involved in traditional banking, as well as improving financial institutions’ cross-border transactions. In addition, cryptocurrency has been used to power messaging apps that are willing to deal with private investors, as well as being used in car leasing and sales, cloud computing, and government records, to name a few examples.

What are the benefits of cryptocurrency?

The transaction cost for cryptocurrency is low to none, unlike the cost of transferring money from a digital wallet to a bank account. You can conduct transactions at any time of day or night, and there are no purchase or withdrawal limits. In addition, unlike opening a bank account, which requires documentation and other paperwork, anyone can use cryptocurrency.

How cryptocurrency affects the economy: The risk

The main risk of trading cryptocurrencies is their volatility. They are high-risk and speculative, and you must understand the risks before you begin trading.

They are volatile: unexpected changes in market sentiment can cause sharp and unexpected price movements. It is not uncommon for the value of cryptocurrencies to plummet by hundreds, if not thousands, of dollars in a matter of seconds.

At the moment, cryptocurrencies like Bitcoin are unregulated by both governments and central banks. However, they have recently gained more popularity. For example, there is debate over whether they should be classified as a commodity or a virtual currency.

They are vulnerable to errors and hacking:

There is no foolproof method of preventing technical glitches, human error, or hacking.

They may be impacted by hard forks or discontinuation:

Cryptocurrency trading entails additional risks such as hard forks or discontinuation. Before trading these products, you should become familiar with these risks. When a hard fork occurs, there may be significant price volatility in the immediate aftermath, and we may suspend trading if we do not have reliable prices from the underlying market.

What is the future of cryptocurrency?

Cryptocurrency is a digital asset that uses cryptography to secure transactions and control the creation of new units. Cryptocurrency has recently seen a surge in popularity, with more people investing in it as an asset class. There are a number of benefits for businesses that adopt cryptocurrency as a digital asset, including access to new demographics and technological efficiencies. However, the effects of policy and regulation on the industry demonstrate that cryptocurrency is not a completely decentralized thing that exists only on the blockchain. 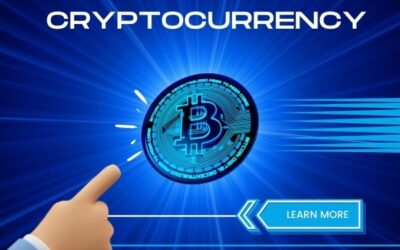 We use cookies on our website to give you the most relevant experience by remembering your preferences and repeat visits. By clicking “Accept”, you consent to the use of ALL the cookies.
Learn More.
Cookie SettingsOk, Thanks
Manage consent

This website uses cookies to improve your experience while you navigate through the website. Out of these, the cookies that are categorized as necessary are stored on your browser as they are essential for the working of basic functionalities of the website. We also use third-party cookies that help us analyze and understand how you use this website. These cookies will be stored in your browser only with your consent. You also have the option to opt-out of these cookies. But opting out of some of these cookies may affect your browsing experience.
Necessary Always Enabled
Necessary cookies are absolutely essential for the website to function properly. These cookies ensure basic functionalities and security features of the website, anonymously.
Functional
Functional cookies help to perform certain functionalities like sharing the content of the website on social media platforms, collect feedbacks, and other third-party features.
Performance
Performance cookies are used to understand and analyze the key performance indexes of the website which helps in delivering a better user experience for the visitors.
Analytics
Analytical cookies are used to understand how visitors interact with the website. These cookies help provide information on metrics the number of visitors, bounce rate, traffic source, etc.
Advertisement
Advertisement cookies are used to provide visitors with relevant ads and marketing campaigns. These cookies track visitors across websites and collect information to provide customized ads.
Others
Other uncategorized cookies are those that are being analyzed and have not been classified into a category as yet.
SAVE & ACCEPT